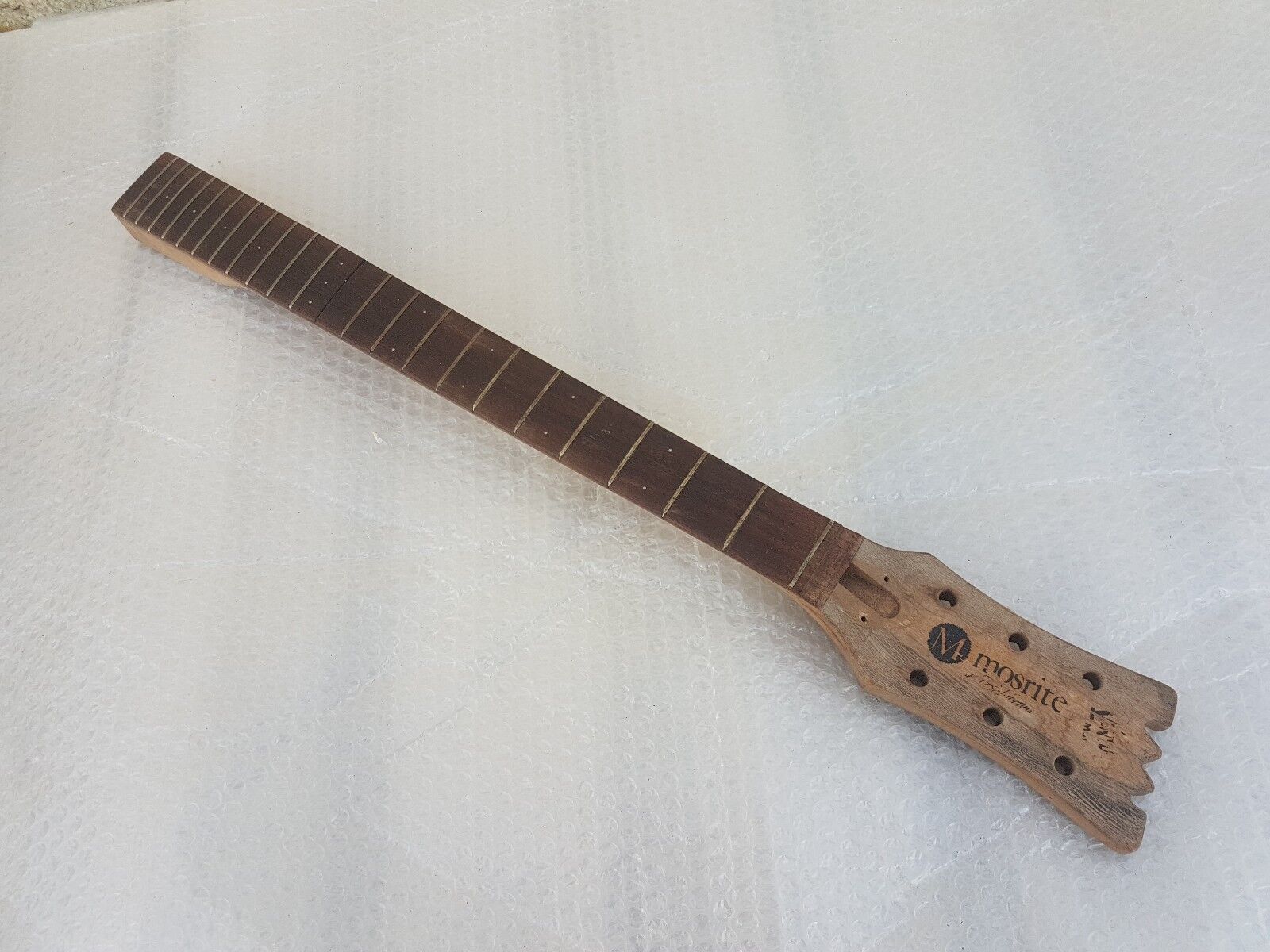 I may have posted it here before since I think this has been on eBay for 3 years, but if not, this one's nearly $1,000 for a MK V Neck that looks like it sat in a flooded basement for months. Sad end to it and possibly the guitar.

I can tell that it has the truss rod adjustment at the headstock, and it may be post-B1050, since I can't even tell if it had a date stamped on it in the first place. I can't tell the serial number in these pics.

$950 for a water damaged guitar neck. No wonder it's sat on eBay this long. I don't think it's impossible to rescue this one, but that price for what you get is exhorbitant. He'd have trouble getting $500 for it if it wasn't damaged.

With it being in Germany, I knew who the seller would be before I even clicked the link. They have a history of offering trash for ridiculous money. I don't think I've ever heard anything good about them.
Stu
Top

Oh. I wasn't familiar with them. It seems like they part guitars out a lot.

Out of curiosity for this badly damaged neck's serial number, I took the picture and put it in Windows Paint. I then cropped the serial number end, rotated it, and inverted the color so it would be easier to see.

The cropped, color inverted photo is easier to tell the digits with; barely, but they are legible.

Return to “eBay, Craigslist & other listings”

Users browsing this forum: No registered users and 27 guests