Does anyone know what plagues this Mosrite? Why has it been put up for sale on Reverb so much? Are there issues with it?

B047? I'm not sure, is this the mystery one that Michael Marks owned and didn't tell the number of? The guitar I'm referring to is pictured below; it's the farthest from the camera in these photos, and I believe it's the one in the lower left photo here. There's a particular little ding in the finish of the one you linked, "north" of the vibrato tailpiece. That's in common with the one that has a close-up photo in the lower left, here: 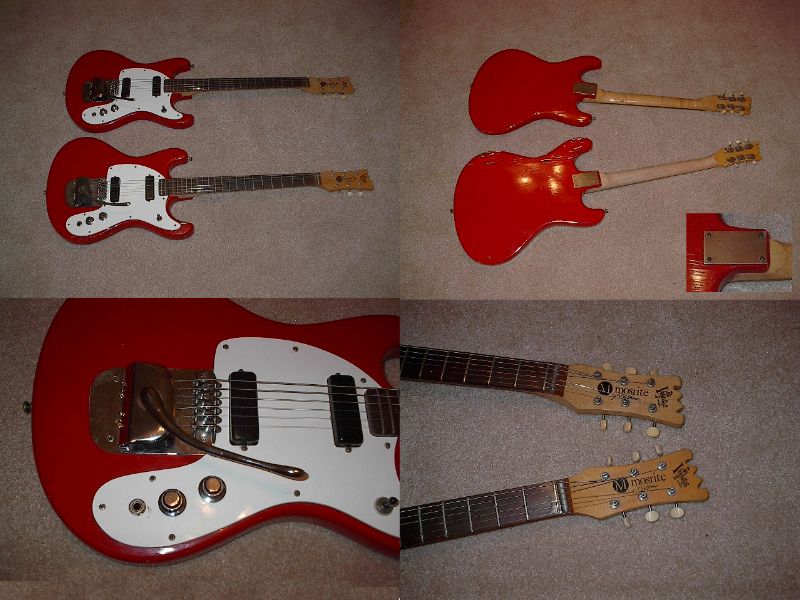 The other one, closer to the camera, is B037. That one is water damaged.

I can't say for sure if the one you linked, B047, is the one on the top in these few photos or not. I've never heard of any problems with it. I will say that sometimes, these Slab Ventures II models had neck pocket cracking issues (B007 had it, and it's probably long gone by now.) That's not to say that B047 has that issue, but it's to be kept in mind.

SouthernVersion wrote:Yeah, Im not sure I have no info on it. Thanks anyways!

Return to “eBay, Craigslist & other listings”

Users browsing this forum: No registered users and 20 guests